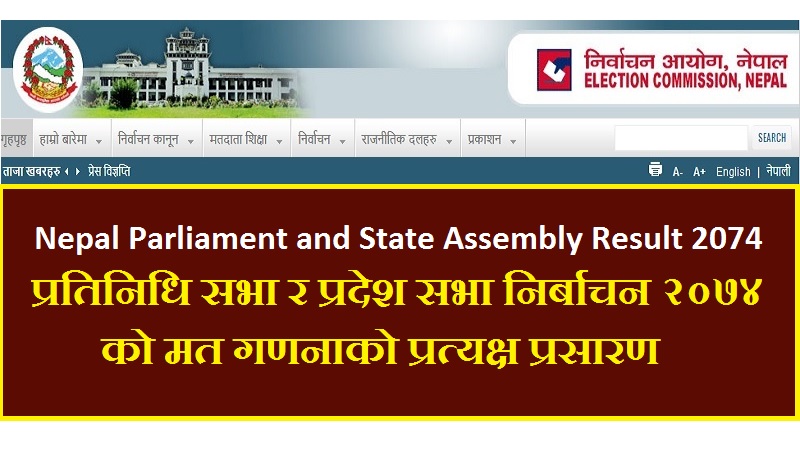 It is our attempt to give Nepal Parliament State Assembly Result 2074 over here. So we provide the hourly updates of vote counting of Parliament and state assembly result 2074 in this page. Nepal election commission is responsible to give the authentic result of election.

Similarly the second phase election vote counting will start after the collection of the all ballot box in the district headquarters. So in the remote hilly districts the ballot boxes will be lifted by helicopter. Nepal army choppers will be in use for the election purpose.

How to Caste Vote in this Parliament and State Election?

So this time there are 3 different colors ballot papers for this election. There is green color ballot paper for the parliament member election of first past the post system. So in this ballot paper the voter must choose one election symbol and put only one stamp. Hence if you stamp double then your vote will be invalid.

Now there is black color ballot paper for the state assembly member. So in this ballot paper also you have to put only one stamp on your desire election symbol. Now fold it properly and put it in the separate box. While folding fold properly so the ink will not scatter in the ballot paper.

Now finally you get the red color ballot paper. This red ballot paper has two sections. These two sections are for the vote of proportionally elected member. So this ballot paper is basically to caste the votes for the political party. Hence you can choose the election symbol of your desire part and stamp on it. In this red ballot paper you have to stamp twice once for parliament members and one for state assembly members. 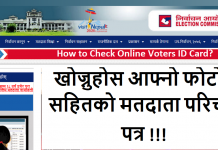 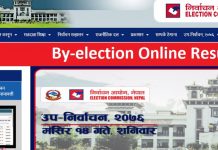 US DV Winners From Nepal !!! 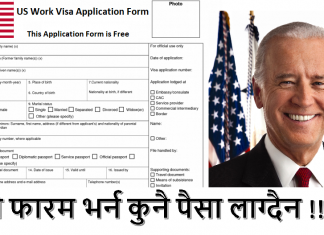 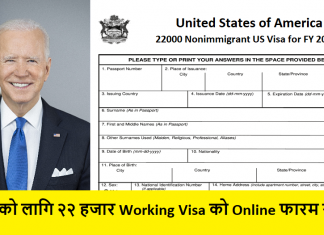