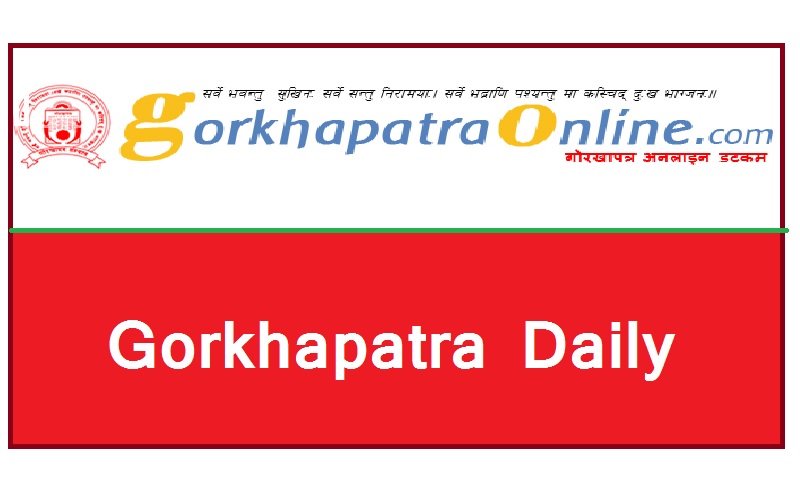 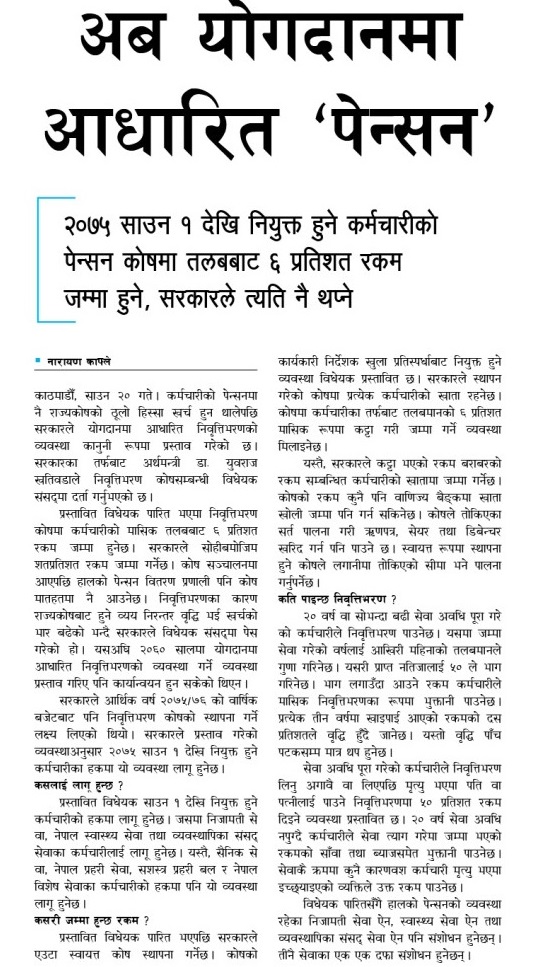 Gorkhapatra itself is the live history in the press arena. At the same time it is the reliable source of information till the date. Similarly the Gorkhapatra always try to cover the current affairs of domestic as well as international events.

Gorkhapatra has the history of 112 years. Many years it remained as black and white newspaper. Since Asar 1 2057 Gorkhapatra is in color mode. Now there are several other private publication houses in the market of printing media. Time has changed a lot. Now a day instead of reading the printed newspaper people are attracted towards the online media.

People are using smart phone. It provides them easy access to internet. Fast growing uses of internet has reduced the charm of printing media like Gorkhapatra.

Gorkhapatra Publication Corporation has its other publication like Rising Nepal, Muna and Yuba Munch. These publications has remarkable role among the Nepal youngsters. 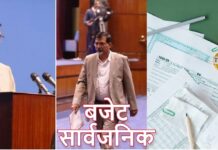