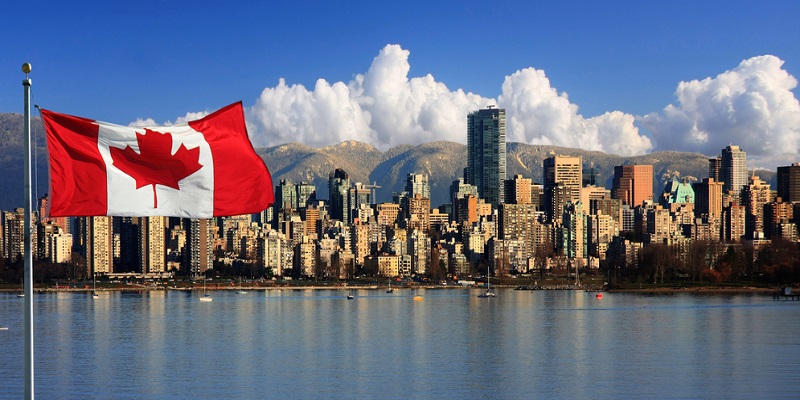 WHICH JOBS DO NOT NEED WORK PERMIT IN CANADA ?

Here is the list of jobs that do not need work permit in Canada. While everyday many people are applying for Canada.

So it is good to know about visa process in Canada. Here is the list provided by Canadian government. These types of job do not need work permit. So you can check online the eligibility. And it is given in the official site.

Many students and workers are there in Canada from Nepal. And Canada is best for the students. It is ahead in human development index also.

Therefore the craze of Canada is increasing. But sometime people are being cheated. It is our effort to give correct information. The page gives the list of work in Canada.

These works do not need permit. So many people are found using fraud documents. It is a serious crime. Therefore be safe from such fraud.

We have resumed sending documents by mail. All documents held during the special measures will now be sent.

Therefore we are monitoring the Canada Post situation and will provide news and instructions as needed. International scholarship in Canada.

Accredited agents or advisers working on an aviation accident or incident investigation being done under the Transportation Accident Investigation and Safety Board Act.

Business visitors who come to Canada to do business activities but are not part of the Canadian labor market. Multinational business figures need not permit.

Note: “Business people” does not mean the same thing.

Inspectors who check the flight operations or cabin safety of commercial airlines during international flights. Flight inspectors need no permit.

People who work as ordained ministers, lay persons or members of a religious order.  While their duties may include preaching doctrine, leading worship or giving spiritual counseling.

Note: People who provide “hands-on” services at these events must have a work permit. These services include providing audio-visual services, doing show decorating, and building, setting up and taking down displays.

Crew members, such as truck drivers, bus drivers, and shipping and airline workers, if:

People who help out in an emergency, if they are here to help preserve life or property. Emergencies include natural disasters, such as floods or earthquakes, or industrial accidents that threaten the environment.

Professors and academic experts who evaluate or supervise academic projects, research proposals or university theses. They may work for Canadian research groups or schools.

Experts who give evidence before a regulatory body, tribunal or court of law.

Spouses and children of foreign representatives.

Employees of other governments. Canada has exchange agreements with some countries that let officials work in each other’s government departments. Government officials coming to work in Canada must bring a formal letter if they will work here for more than three months.

Diplomats and official representatives of other countries or the United Nations and their staff.

Foreign health care students doing clinical clerkship or working in Canada for a short period of time, if:

Officials at international amateur competitions who will judge or be officials for artistic or cultural events, such as:

Members of an armed force of another country. And if they have movement orders stating that they are entering Canada under the terms of the Visiting Forces Act.

News reporters, film and media crews who are.

Foreign artists and their key support staff (people vital to the performance), only if they:

Guest speakers, commercial speakers or seminar leaders who speak at specific events provided the event is no longer than five days. Such persons also do not need work permit.

Full-time international students may be eligible to work off campus while they study. Such students does not require work permit.

Full-time international students may work on the campus of the university or college where they study. They do not need work permit.

The concern people must consult to their respective nation before applying the visa. While the official site of Canadian government must be consulted for different queries. So be clear about your status before you apply.

If you need a work permit to work temporarily in Canada, you must make sure you are eligible to receive one. Therefore it  will depend on a few things, including where you plan to apply for your work permit.

No matter where you apply but you must have the following requirement. You

It is a serious crime to lie, or to send false information or documents, when you deal with Citizenship and Immigration Canada (CIC). This is fraud. It is called “misrepresentation.”

The people who are wishing to migrate Canada can take online eligibility test. The students can also apply. So it is one of the best destination for students. Many Nepali students are already studying in Canada.

So Working and living Canada is not hard. Just follow the instructions. While you should be true to your work.

[ This information is collected from official site of Canada  www.cic.gc.ca ] 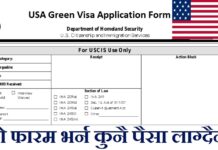 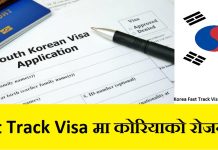 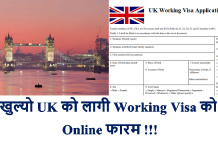