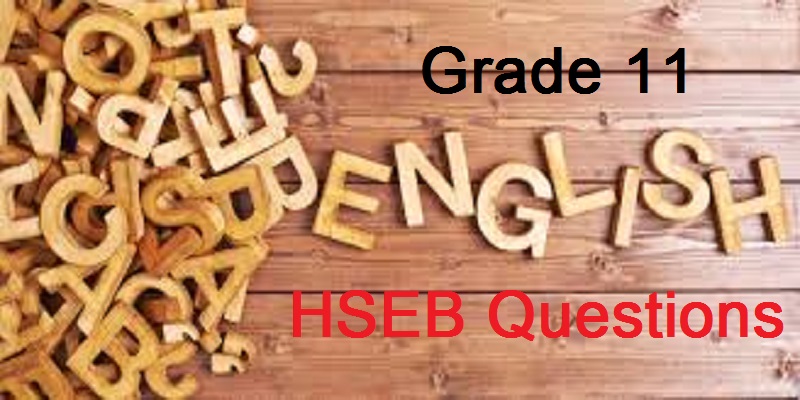 Here is Grade XI English practice questions. Grade XI has English as a compulsory subject in their board exam. These questions are strictly based on curriculum of HSEB.

iii)     Sketch the character of Malini with reference to the poetic play “Malini”.

On 2 April 1973, Dr R. S. Griffiths, of Manchester University, was walking home when a solid object crashed into the street only three metres away from him, smashing into several pieces. It was a solid block of ice, and, as a scientist, Dr Griffiths immediately realized its significance. He picked up the largest piece and ran home to put it in his deep-freeze; as a result, it became the best-studied example of a phenomenon so far unexplained by science.

Dr Griffiths’ ice-block was not particularly big – 612 grams – but there are countless recorded examples much larger than that, all of them much larger than the heaviest hailstones, which rarely weigh more than 200 grams. These ice-blocks have smashed through the roofs of houses, dented the metal of cars, and even killed sheep.

Griffiths demonstrated scientifically that his block could not have been a large hailstone. Nor could it have dropped from a passing aircraft, as the flight records of the only two aeroplanes in the area showed.

Nine seconds before Griffiths’ block fell; there had been a stroke of lightning. Might these large ice-blocks, then, be produced by lightning? Or could they come from space? Scientists at  the Drexel Institute in the USA concluded that ‘the large chunks of ice which have fallen could not have been meteorological in origin’, while scientists at Colorado University said that though there could be ice out in space, such blocks of ice probably couldn’t survive the intense heat when entering our atmosphere.

The usual explanation that ice-blocks ‘must have fallen from airplanes’ applies only in a few cases: all modern planes have automatic de-icing equipment, and in any case there are many reports of huge blocks of ice from pre-aircraft days.

Another interesting example of an ice-fall happened in Timber Ville, Virginia on 7 March 1976. At about 8.45 p.m., three people were watching television when a loud crash shook their house and a block of ice the size of a basketball smashed through the roof and a ceiling and ended up in the living room. And as if someone up there was giving a repeat performance, 20 seconds later another ice-block crashed to the ground less than 50 meters away.

These falls were explained, after an official investigation, as being drinking water that had leaked from a plane, frozen on the fuselage, and broken off in 5 – 6 kilo pieces. In fact, it was a clear night, there were no planes in the sky, and the source of the blocks must, logically, have remained still in the sky for 20 seconds. Despite all such ‘explanations’, the problem of where such large blocks of ice can come from remains absolutely unsolved.

Example:    You’d better hurry up and eat that ice-cream:

There’s someone waiting for you at the door.

B: Oh I don’t know. I work much harder than he does.

A: Of course- nobody works as hard as you do.

The Asiatic one-horned rhinoceros is one of the most endangered mammal species in the world. Once found throughout Sough Asia, its present world population stands at about 2,618. Nepal is home to around 612 rhinos divided among Chitwan National Park, Bardia Wildlife Reserve and Shukla Phanta Wildlife Reserve. Of the total rhinos in Nepal, 544 are in Chitwan according to the census conducted in May 2000.

Due to the demand for rhino horn and various other body parts of the animal in the international market, poaching of rhinos has been a great challenge to conservationists. The Chitwan National Park is defended by a Nepalese Army Unit in addition to the forest guards. However, their presence has not deterred poachers from infiltrating into the preserved forest areas and killing the rhinos. Therefore the present enforcement measures need to be made even more effective in light of the periodic reports of poaching of rhinos.

Nepal should mobilize both its domestic resources and seek external assistance in its conservation efforts. To preserve the rhinos Nepal should work in conjunction with such international conservation groups like the World Wildlife Fund for Nature. The main thrust should be to discourage the demand for rhino body parts in the international market. The Chinese traditional medicine practice of using endangered animal body parts should be positively discouraged by an international campaign. 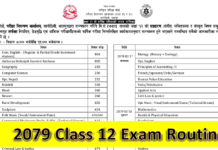 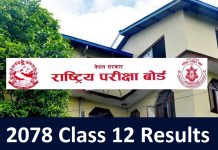 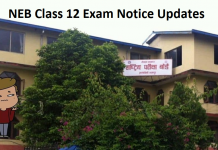