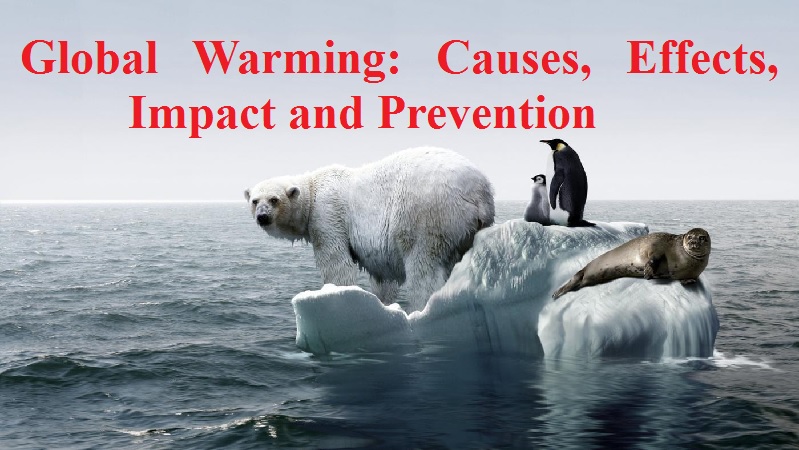 Introduction and meaning: The rise in earth’s surface temperature as a consequence of greenhouse effect is called Global Warming.

The greenhouse gases such as carbon-dioxide and other pollutants absorb more heat from the sun then it radiates back. This causes an increase in the intensity of heat in atmosphere.

The thickening of earth atmosphere because of presence of increased carbon dioxide and other greenhouse gases is called greenhouse effect.

If the earth’s temperature goes on increasing in the same ratio it is very dangerous for human being. The island may not remain in the global map. Similarly there will be imbalance of water in the earth.

There is uncertainty regarding regional forecasts of future precipitation as warming of globe makes it difficult to predict. Also, pattern of agricultural changes, or effects on ecosystems in general are fairly unpredictable.

How to prevent Global Warming?

This problem must be solved in time; otherwise the human life in earth will be in danger. So, several steps have taken on it. In case of Nepal we are doing carbon trading. This is also an important step to save the world. Besides this following steps can help a lot in this regard.

How To Fill EDV Form